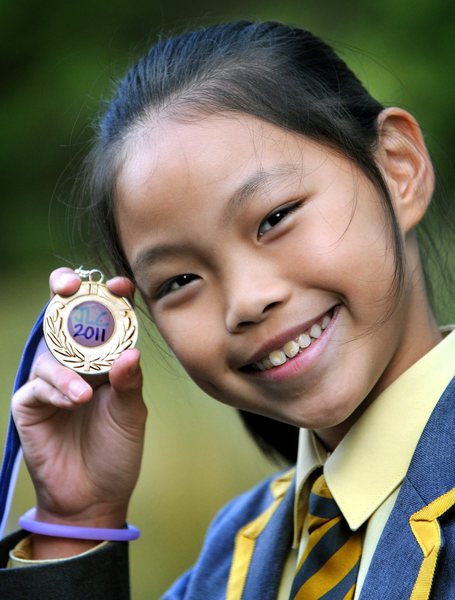 I came across the above story whilst reading the local paper, and, as I am a languages professional, was intrigued by it: Sonya, a ten-year-old girl who can speak ten languages.  Did I ever feel inadequate reading that!

For those of you who haven’t got the time, those ten languages are Chinese, English, Taiwanese, Japanese, Lugandan, Kazak, Portuguese, German, French and Spanish. What’s impressive about this is not just the sheer number of languages she’s learnt but also the breadth of them.  OK, fair enough, you could argue that there are some similarities between Taiwanese and Chinese or Portuguese and Spanish and even German and English.  But Lugandan and Kazakh and Japanese are no mean feats in and of themselves!

However fluent she may actually be in each of these languages, it’s good to see a languages starlet emerge from British schools, which have been questioning whether or not languages should even be taught anymore. The answer, of course would be a resounding ‘YES PLEASE AND PUT A BIT MORE EFFORT IN THIS TIME AROUND’.  As English has become the global lingua franca du jour (see what I did there?), English speakers have become complacent in their approach to foreign languages.

People learn languages for many different reasons: for fun, for work, to earn a living as a translator or interpreter.  And it’s true that it’s easier to pick up languages as a child—that’s not to say it’s impossible as an adult, simply that adults learn differently and less intuitively than children do.  It’s also true what Sonya says in that the more languages you learn, the easier they come (although she omits the bit about the easier it is to confuse them as well!).

But whatever your age, learning a language offers us the chance to step outside of ourselves and see the world through someone else’s eyes.  Or in the case of Sonya, through ten other people’s eyes!